An innovative videoconferencing tool available in the form of an online service via the following networks: the Internet, 3G, LTE, WiFi, (not only via cable!) and without the need to have a symmetrical connection. Videomeeting does not require investing in costly videoconferencing infrastructure, and the meeting can easily be managed from the level of a website panel. 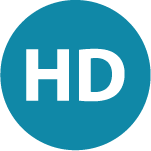 From 2 up to 50 people from different locations can participate in a video meeting, depending on the selected option of the persons using videoconference terminals of any brands with the H.323 handling protocol, or desktop computers, laptops, tablets or smartphones. 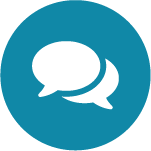 Ability to hold chat conversations between any users or on the main chat accessible for all the participants during the video conference, which bring no disruption to the course of the meeting. 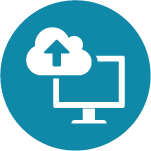 Each participant of a video conference can present to the other persons the contents of his or her screen, as well as show them any document. A videomeeting tool enables transmitting both the image from a camera, and from a screen of a terminal device. 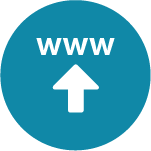 An ability to organize webcasts, that is ‘live’ transmissions of image and sound from one sender to even several hundred recipients via a web browser. Webcasts are applicable in particular in training sessions or during corporate events’ transmission. 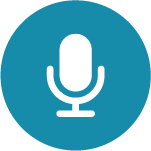 A video meeting can be recorded and serve as documentation of the decisions taken or a point of reference during next talks.

How does it work? 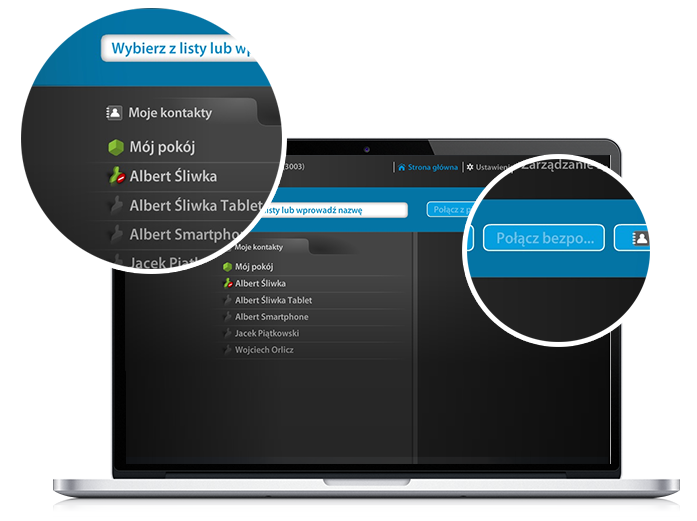 During meetings of participants from more than two locations, they can see several pictures on the screens of their terminal devices – one from each location engaged in the Videomeeting (a so-called TelePresence system – up to nine pictures at the same time, each in full HD or even 4K high resolution). 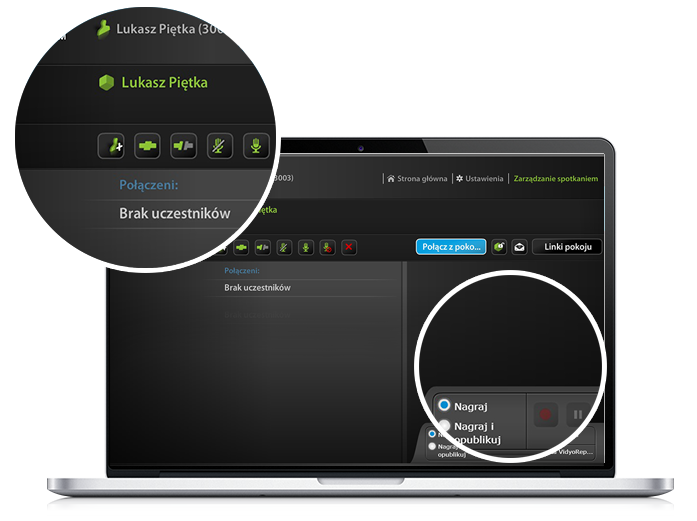 The type of terminal devices

There are several options of using the Videomeeting service – via videoconference terminals supplied by Focus Telecom (the Vidyo brand), via our Customers’ own terminals (such as LifeSize, Polycom, Cisco, Tandberg, Radvision or Sony), or without terminals, solely by means of desktop computers, laptops, tablets or smartphones. Also another option is possible, in which part of participants uses videoconference terminals, whereas the others – computers and smartphones.

Any manner of connecting

In contrast to traditional videoconferencing systems, which required that users have a cable connection to the Internet, the Videomeeting service may be used also via the 3G, LTE or WiFi networks.

Ability to record the meeting and make both documents and a desktop view accessible to every participant.

Efficiency of the meeting

Connections are encrypted, and, in addition, they can be also safeguarded by a PIN.

The technical support department and a designated supervisor oversees reliability and quality of our connections on a 24/7 basis.

Short time of implementation - 5 days to 6 weeks, depending how advanced the service requirements are.